Haiti: One Year Later – Neither Full Reconstruction, Nor Sustainable Peace

One year ago, Haiti suffered the worst earthquake of the last hundred years. The earthquake created 300,000 victims, a million and a half were displaced, and nearly 800,000 of them are in absolute poverty. If that were not enough, a cholera epidemic has taken the lives of almost 3,800 Haitians. Before this event, 77% of the population lived on less than 2 dollars a day, 58% lacked drinking water and malnutrition affected more than 60% of all children. Of the 12 million dollars promised in the aftermath of the earthquake, only 5 million have arrived. The insecurity, political crisis, and lack of employment, education systems and healthcare have deteriorated.
Given this situation of injustice, exclusion and poverty, Pax Christi International continues to pray for the victims, and to show our solidarity with the Haitian people, with our partners the Episcopal Conference of Justice and Peace of Haiti and Pax Christi Port-au-Prince, and with those national and international organisations whose intervention is promoting the empowerment and public participation during the reconstruction.
Also, we urge the international community to efficiently facilitate the humanitarian operations, to support the monitoring of the electoral process and to strengthen civil society and the Haitian civil society organizations as a premise for a better future for Haiti’s development, democracy and sustainable peace.
Pax Christi International, as a global peace movement, with over 100 partner organisations in more than 50 countries, develops solidarity and advocacy actions around the issues of the promotion of peace, disarmament and a just world order. We encourage dialogue, exchanges between peoples and peace building, as the way and horizon. In Latin America and the Caribbean, Pax Christi has developed a process of accompaniment throughout the last decades for our partners, networks of peace and human rights organizations, in their struggles for peace in their region, with social inclusion and at the center, the dignity of all people. 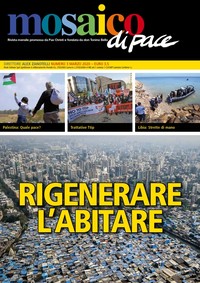